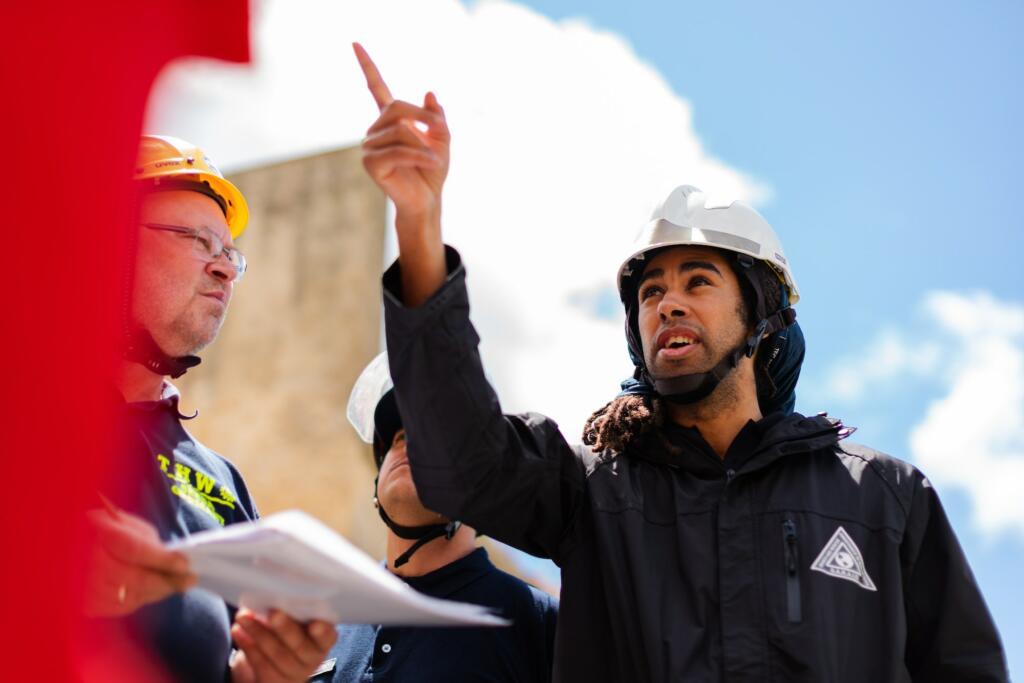 Supply chain managers see firsthand how easy it can be for suppliers to overextend themselves. Because they are often smaller, entrepreneurial businesses, suppliers can feel like they need to be all things to all people, or get caught up in the excitement of starting multiple ventures. That may work for a while, but ultimately the demand for too many things at once exceeds their resources.

Once they become overextended and lose focus, their enterprise, including their staff, suffers for it. Too many spinning plates in the air means one of them will eventually fall. This can have serious repercussions on the supply chain overall.

Supply chain managers can also unknowingly make this problem worse if they heap too much work on a single supplier. Often, a business unit manager will find a vendor they like working with and come to rely too heavily on them rather than finding other qualified suppliers.

So how can supply chain managers avoid this problem and help suppliers avoid overextension and lack of focus? It comes down to clarifying goals and helping them resist the immediate satisfaction of starting a new venture in favor of the long-haul payout.

The kinds of people who start businesses tend to have lots of ideas and a strong desire to act on them. That can mean starting multiple, sometimes unrelated, ventures that quickly become a drain on their time, finances, and energy.

Other reasons a business owner could be compelled to start too many ventures include:

The act of starting a new business with the goal of solving a problem is laudable, but an idea with a lack of structure and focus isn’t an enterprise, and never continues very long.

Debbie Allen, speaker, author, and founder of multiple businesses of her own, calls this “squirrel syndrome.” In an excerpt from her book published by Forbes, she states:

“The Squirrel Syndrome may cause abrupt dashes from one idea to another or one project to the next. When this happens, you become unfocused and may even become frantic about not getting things accomplished. The result is, you delay or never complete important projects to reach your goals.”

Business owners who fall victim to this behavior also run the risk of frustrating their staff. The sense of being overworked eventually pervades the company, causing staff to feel confused about the company’s goals. A lack of focus can also pose severe problems for a company’s financials. When suppliers pursue too many ventures, it can easily overtax or exceed the company budget, forcing them to take on added debt.

Allen goes on to say that people suffering from squirrel syndrome lose focus easily, are indecisive, and start to doubt themselves. No entrepreneur wants to wind up a squirrel. So how do you stop that from happening to the suppliers in your supply chain?

Allen says the easiest way to avoid squirrel syndrome is to recognize when it shows up in one’s life. Get to know your suppliers and learn to recognize when they’re distracted or stretched too thin. Help them by identifying when something is an unnecessary distraction and be willing to step in and keep them focused on the main goal.

When a new idea that could be a new business comes up and they’re tempted to start something new, advise them to think it through first. Ask whether that new thing will support their current business or help meet emerging market needs. What would it take to get that new thing running and, more importantly, sustainable for the long run? Do they have those extra resources to pour into it? If the answer is no, they should let it be — they can always come back to it later when they’re better able to take it on.

Instead of diverting their focus to several big projects, suppliers should only take on one big venture at a time. That way, the bulk of the work goes into their main business without stealing resources from what’s important. By only having one central focus, suppliers can concentrate their efforts to achieve their defined objectives. Supply Chain Managers, Business Unit Managers, and Purchasing Managers can play a key role in this by ensuring you are not heaping too much on at once, and by checking in to make sure suppliers are able to handle the workload they have.

Play to their strengths — one small business can’t and shouldn’t try to do everything. If an entrepreneur tries to be all things to all people, they’ll end up pleasing no one and exhausting themselves. Assuming the tasks they’re strongest in and delegating the rest to other employees or subcontractors is the smartest course for those running their own company. For your part, don’t go to one supplier for everything, even if it seems easier. It’ll be better for everyone in the long run to hire multiple specialists who really know their business.

If suppliers avoid squirrel syndrome they’ll get better at the day-to-day tasks of running their enterprise, learn how to weed out distractions while doing the mundane things, and develop a structure to adhere to that produces measurable results. Mastering that will help you both reach your big-picture goals more quickly.

Do Your Vendors Know Their Numbers?

Many small entrepreneurial suppliers focus too heavily on launching new ventures and attracting new business while avoiding their finances. This can lead to a cycle of overspending and taking on excess debt just to cover operating costs. A business run that way can’t stay afloat for long, much less bring in new customers. It also makes it difficult to deliver for the customers they do have.

Marcus Lemonis, a business expert and host of CNBC’s The Profit, outlines an example of this happening to an NYC bakery he helped. In a blog post on his website, Lemonis says that when he visited the shop he noticed it was badly in need of repair, and the owner didn’t even know the cost of the goods he was selling.

A check-in on their finances revealed massive debt that wasn’t being covered by the shop’s income. Employee wages and repairs to the shop both suffered as a result. The owner even burned through a six-figure investment made in the business by his wife, which put a strain on their marriage. A shop like that could never get its products on the shelves of a major chain like Kroger or Target — no large corporation would risk bringing them on as a supplier until they got their finances together and were able to run their business efficiently. No company, whatever the industry, is going to bring an unreliable supplier into its vendor network.

Your suppliers can avoid this mistake by getting to know, and taking control of, their budget. Encourage your vendors to know their numbers and budget accordingly. Just as you should check up on how they’re handling the work they have, make sure they know their finances and make it clear you expect that from your working relationship. It can be boring to examine every line item, but not knowing how much money is going out or how much is coming in is a fast track to disaster. The more ventures someone has going at once, the more this problem multiplies if there’s no real picture of the budget.

It’s hard for people with an entrepreneurial spirit to resist the desire to say yes to every new opportunity that comes along. But taking a second to let the thrill wear off and look objectively at what’s being offered before committing can be a lifesaver. If something seems too good to be true or someone’s trying to sell an opportunity with “no downside,” it’s probably best to steer clear. Talk to your vendors regularly to stay informed about how their business is going. Establish expectations in your working relationship. Let them know if it seems like they’re distracted or losing focus, and that you’re there to offer input if they need it.

Fear of missing out (FOMO) on the next big thing can also pressure entrepreneurs into saying yes when they shouldn’t. Encourage them to check their gut and assess the situation objectively. What will they have to expend if they say yes to this thing? Can they actually do it? Do they have a good enough picture of the business’s resources to know whether they can safely take something else on? They should avoid agreeing to something until they have concrete answers to these questions.

This goes for supply chain managers as well. It will benefit you to take a step back and assess your relationships with suppliers. If you find yourself going to a single vendor for every need, consider the potential negative impact this could have on the long-term success of the relationship. Be intentional about expanding your list of go-to suppliers so you can reduce the risk of putting too much strain on any one of them.

Eyes On The Prize

Managing a team of small suppliers can be challenging, especially ones with a do-everything entrepreneurial drive. But if you and your vendors stay focused on the long game, that doesn’t have to be you. Communicate with them, make sure you’re on the same page, and let them know upfront what you expect from your work together and you can help everyone stay on track.

At Bellewether we’ve helped thousands of companies improve their performance and the performance of their suppliers. If you’re struggling with this problem, or you know someone who’s clearly overextending themselves, we should talk. Reach out to us today to find out how we can help.